Boulder Fuels its Food Tech Startup Ecosystem; Doordash & Just Eat Up their Game to stay at the Forefront!

Boulder Fuels its Food Tech Startup Ecosystem; Doordash & Just Eat Up their Game to stay at the Forefront! Just Eat uses startup accelerator to stay ahead in foodtech

When the online food delivery marketplace first started, Just Eat was at the cutting edge of the food technology, or foodtech, ecosystem with not much else available in the market. And now to ensure Just Eat is still at the forefront of foodtech launched an accelerator program, which is designed to help others in the foodtech industry grow and expand. Are there too many delivery startups in South Florida?

DoorDash offers the best in terms of speed, selection and customer service. And with Miami’s vast restaurant offerings, they want to tap into this huge opportunity to provide residents with more convenience to their favorite foods. They are also committed to making delivery delightful every time — for restaurants, customers, and Dashers. This goal informs everything they do, from the markets they enter to the interface of our app, to their smart routing system for Dashers which takes into account food prep time, delivery distance and other variables to ensure that food arrives perfectly presented. Foodies Know: Boulder Has Become a Hub for New Producers

Boulder is perhaps best known for craft beer and bicycles — there’s almost one for every person living here. But among foodies, it is also known as the place where new companies are challenging the old guard in the food business. The money flowing to food start-ups here still trails New York and Silicon Valley, which has gone to just a few companies. In Boulder, the money is more widely spread among dozens of companies that make everything from gluten-free cereals to probiotic drinks. Food and beverage start-ups in Boulder, attracted $76 million from September 2012 to September 2016, according to CB Insights, a research firm, compared with $315 million in New York and $616 million in Silicon Valley. Fuel, the tech-boosted mail-order service customizes healthy, convenient vacuum-sealed meals for athletes based on genetic makeup, health conditions and activity level. Its claim to fame is its proprietary food processing methods, developed by founder and CEO Chandra Duggirala, MD, a power lifter who created the service because of his own struggles finding convenient foods that adequately fueled his body for health and performance.

The Future of Food With David Friedberg

An ex-Googler with a degree in astrophysics, Friedberg was involved in launching products like AdWords and Gmail. In 2006, he quit Google to co-found The Climate Corporation, which builds weather prediction tools for farmers. He sold the company to Monsanto for $1.1 billion in 2013. He continues to operate at the intersection of food and technology, championing the ways that data and automation can be used to help us build a healthier, more sustainable food supply. 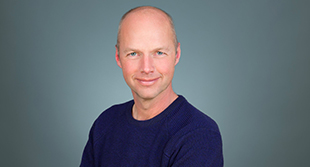 This former Google executive and expert in AI and robotics is quietly ramping up a stealth startup revolving around how to make “healthy and tasty” meals at home. On February 1, Thrun put out a call for roboticists to help with what he calls a “food technology project” in the meal prep space. It’s not immediately clear how Thrun’s robotics background will help advance the age-old art of food preparation. But don’t be surprised if it involves steamers.