The New–Age Real Estate Industry is Reimagining How We Live, Work and Play

The New–Age Real Estate Industry is Reimagining How We Live, Work and Play The next frontier in real estate technology

Flexibility, affordability, and community are dismantling the existing real estate industry. Startups like Divvy, and Bungalow are focused on making existing homes more affordable, especially in high-cost markets like New York and the Bay Area. And consumers are not just seeking affordability, they are also seeking company. Thus, shared living and hospitality startups, like StarCity, Common and HubHaus, Ollie are leveraging technology to foster in-person connections.

At the same time, short job tenures are especially common within the growing  gig economy workforce. Companies like Feather,  Fernish and CasaOne rent furniture to people seeking flexibility in their living environments. Knotel, Breather, OpenDoor and Knock like companies are using technology to enable flexibility, balance pricing, capacity and demand. Commercial real estate tech firm VTS said it’s raised $90 million in a Series D round of funding. VTS said the $90 million financing round, which was led by Brookfield Ventures, is the largest venture financing in the history of commercial real estate software. Other new investors in the round included GLP and Tishman Speyer, as well as previous investor Fifth Wall, among others.

The company makes online tools that are used by commercial property owners and its platform manages more than 10 billion square feet of commercial real estate, and the company has a user base of more than 35,000. Seeking an Edge, Developers and Investors Turn to ‘Proptech’

Proptech is a hot buzzword in commercial real estate, as developers and investors seek an edge in buying, selling and managing their properties. The swelling market has attracted venture capitalists, who invested a record $12 billion in proptech start-ups.  Rudin Management Company, a 94-year-old, family-run company, is now at the forefront of this booming tech sector.

The move into proptech grew out of necessity for Rudin, said Michael Rudin, a senior vice president at the company, which owns and operates 16 office buildings and 18 apartment buildings in New York. The company wanted an operating system that functioned like that of a smartphone. “We had a lot of technology in our buildings, but no interoperability between the various systems,” Mr. Rudin said. “We wanted those various silos to be able to communicate with each other and share data.” 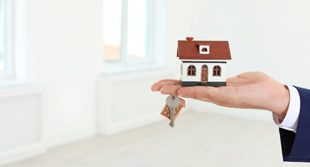 The opportunity for tech-enabled companies to compete in this space is driven not only by the sheer size of the market, but also by the limited amount of innovation to-date. From the small mom-and-pop property owners to sophisticated real estate investment firms; excel is the most commonly used tool for data management 30 years after its introduction.

Collaboration across the many stakeholders in the value chain reside in fragmented, offline channels. It will be incumbent on the next wave of proptech companies to target the problems endemic in each point in the value chain. Built and Qualia are a few of many startups trying to simplify the process by bringing together title agents, realtors, lenders, home buyers and sellers to create a system of record.

The next crop of companies will introduce solutions to digitize workflows and elevate transparency for every stakeholder in the ecosystem so that better decisions can be made at a fraction of the cost. The partners behind the LAB Miami, a co-working space, are launching a proptech fund with the goal of raising $50 million. It’s the first proptech fund of its kind in Florida; and Thomas “Tigre” Wenrich, CEO of the LAB Miami, and his partners, Juan Pablo Cappello, Marco Giberti and Eduardo Barco plan to announce the fund at the Future of Real Estate Tech Summit next week.

The partners also co-founded Miami Angels, which raised over $3 million spread across a dozen companies in 2018, and LAB Ventures, a studio that develops projects internally in the real estate, travel and tourism sectors. While there’s no shortage of collaborative co-working spaces like it in Miami today, Wenrich said startups are still challenged by a lack of access to capital and other resources. The new Redfin Direct program kicked off in Boston about six weeks ago and is part of what CEO Glenn Kelman calls the tech-powered brokerage’s second act of changing how homes are bought and sold. The program allows buyers to begin the process of buying a home directly through the website and go through a 55-question form to build a competitive offer.

The so-called “Buy-It Button” is another example of Redfin’s push to fix the complicated and expensive process of buying a home, an increasingly popular target among real estate tech companies. To bring the service to a new market Redfin has to gather extensive data about home sales, so expansion will happen slowly.