Real Estate is not only one of the biggest, but also one of the most in demand asset classes around the world. Often considered as one of the best inflation proof assets to hold after gold, owning a property is nothing short of a dream come true for many people. No doubt that real estate sector has had its own share of ups and downs, but it’s important to realize that it is absolutely normal to have market cycles. Ignoring the cyclic recessions, the long-term view is very positive for the real estate sector based on various industry expert views. Explosion in population, continuous growth in economies such as India and China, and increasing wages are few factors that are fueling the need for new home ownership and development of urban cities. Let's have a look at the real estate data coming out of the United States. As per latest reports, in 2017 alone, the total value of homes in US stood at around $32 trillion. Every year, around 5 million houses are sold across the country; 1.1 trillion assets change hands, and around 100 billion dollars is generated in fees. These are staggering figures that force us to think - which factors are actually responsible to facilitate so many transactions in one asset class alone? Well, the reasons may be many, but there is one particular factor which is having a very deep impact on the growth of the Real Estate sector, and that is - Digitization and Big data. Let's dive deep into the modern world of real estate and see how new age startups are utilizing data and technology to accelerate the real estate growth.

Property related deal is one of the single biggest transactions that most people make in their lives. People go to many lengths to make sure they are getting the right deal. It may sound easy, but it is not. Generally, a house search would involve months of preparation. After deciding on the basic design and size of the house, the prospective buyer starts checking numerous other facts, which would eventually help them make a decision on the final deal. Frequent visits to the site, neighborhood check, review of nearby schools, grocery shops, crime rate in the locality, availability of easy public transport, hospitals near by – these are just some of the criteria a would-be buyer scans before making a decision. This is a lot of work. Few years back, the buyers themselves did all of this. Even after so much work, there was always a chance that the deal would not materialize. Now, thanks to digitization and modern recommendation and search technology, the way properties are being sold and bought has completely changed. Buyers can now access all these details with a simple search on their mobile phones. Several real estate marketplaces have come up which are using the power of data science to enable owners and buyers to make transactions hassle free. These companies are collecting real estate data and creating complex algorithms to help make buying decisions. One great example of real estate data science is price estimation. Correct Price estimation of a property is one of the biggest challenges in the real estate sector. Thanks to big data, this problem has been solved to a great extent. Years and years of data related to the sale and purchase of houses in a locality is fed to complex models, which then provide a prediction on the property value. The best thing is, this data is being updated on daily basis thus providing the most accurate price estimates of the property in real-time.

Another great use of data science in real estate is planning and designing an urban city. The improvement in wages, lifestyle and purchasing power has resulted in the development of ultra modern urban cities. A more common term used in this context is “smart city”. Not only new cities, but also already established mega cities are slowly being turned into smart cities. The concept for the 'smart' city is simple – use of digitization, computerization and latest technology to connect the city together. Huge data would be generated from this digitization effort, which would then be collected and analyzed to help improve operations of the city. The result would be better living conditions and enhanced productivity of the city over a long period of time. Let's see the practical use of digitization and big data in the newly developed Songdo International Business District from South Korea. The city has a population of around 100,000 and is connected to the nearest Incheon International airport by a 12-kilometer long bridge. The entire city is built on the underground network of optical fibers, which is going to support high-speed data transfer for next several years. Sensors are placed everywhere in the city to provide real time information about pollution and security. For example, if there is a fire, the nearby sensors would alert the Fire fighting teams instantly thus minimizing the potential damage. The bridge to Songdo city has several CCTV cameras, which capture details of vehicles entering or exiting the city. This data is then transmitted to command centers and is used for automatic payments at toll bridges, or diverting the traffic to alternate routes in rush hours. The entire city is equipped with thousands of cameras that can recognize faces. This data is stored at data centers and is analyzed in real time to identify any potential threat in the city. Houses are also equipped with smart features. Smart electronics control the energy consumption in every house by turning off unnecessary electric gadgets. There are cameras installed at playgrounds that provide real time images direct to homes thus ensuring security and safety of kids.

Big data along with the combination of high tech hardware and machine learning is making sure that the real estate market continues to grow at a fast. People can now buy and sell properties in a much more streamlined manner. Real estate agents are leveraging big data to provide much better services to consumers thus improving the overall satisfaction levels. Renting a house has become much easier. Smart cities are enhancing the living conditions of people thus increasing the overall productivity. High tech sensors and data are resulting in improved safety and security measures for citizens. We expect the pace of innovation to continue in this sector given the huge market opportunity. 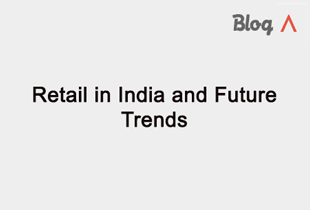 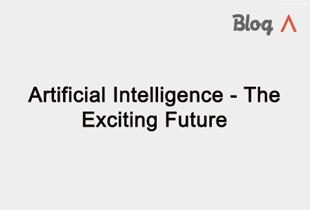 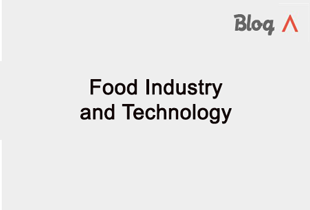